The museum showcases the people who called Brazeau County and Drayton Valley home. Whether in a permanent or temporary exhibit, the museum is sure to have an artifact or photograph to capture everyone's interest! To keep up to date on our new and temporary exhibits follow us on social media! 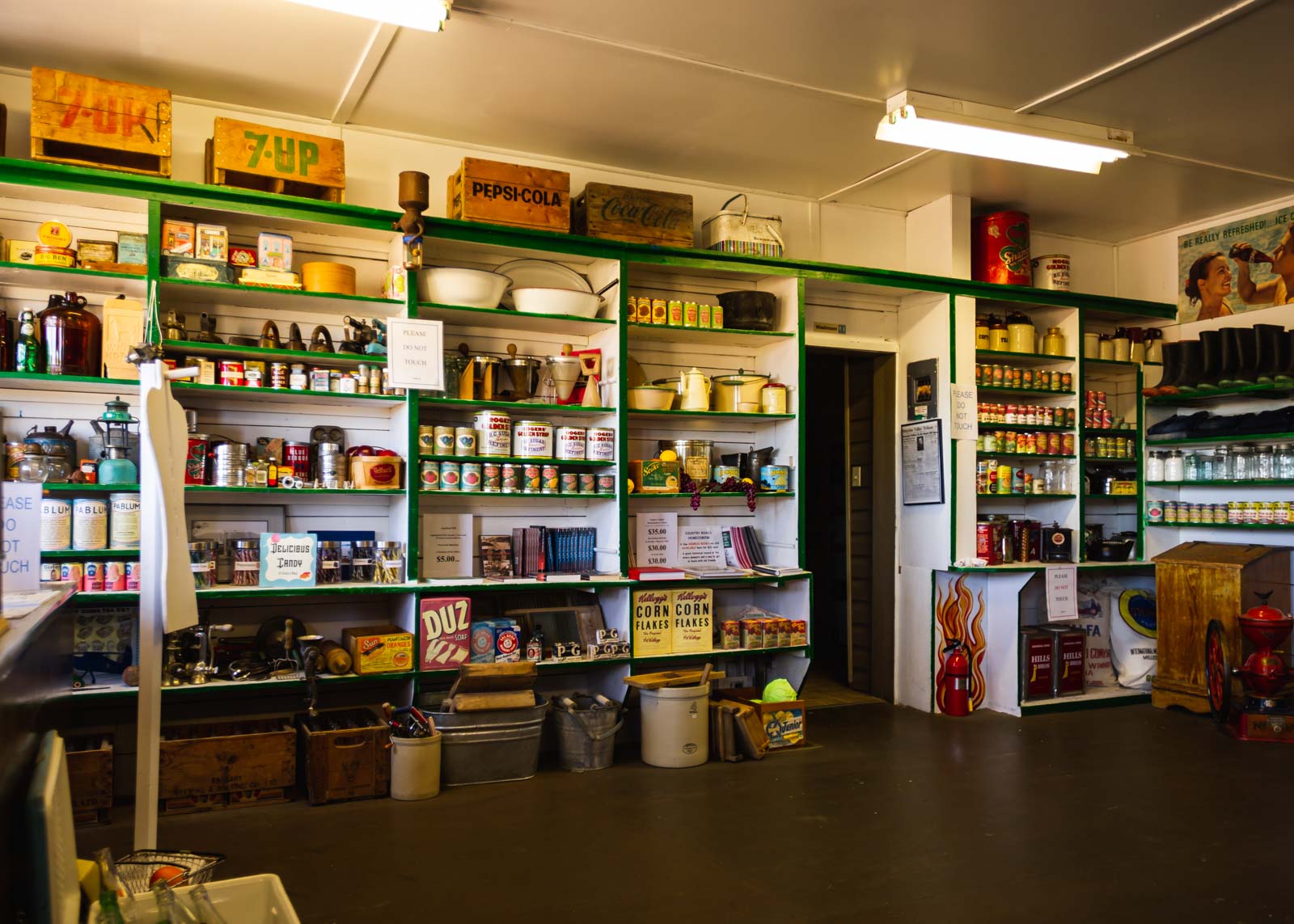 The Rocky Rapids General Store was built in 1935 by Warren and Rex Pontopupton as the second store in Rocky Rapids. The store was sold to Dave and Alice Glass in 1937, and for twenty-two years the Glass family owned and lived in the store. In 1959, Dave Glass sold the business to Rene and Eileen Belva, who continued to run and live in the store with their family. Their son, Glenn, continues to operate the store in Rocky Rapids after donating the original building to the museum in 2004. 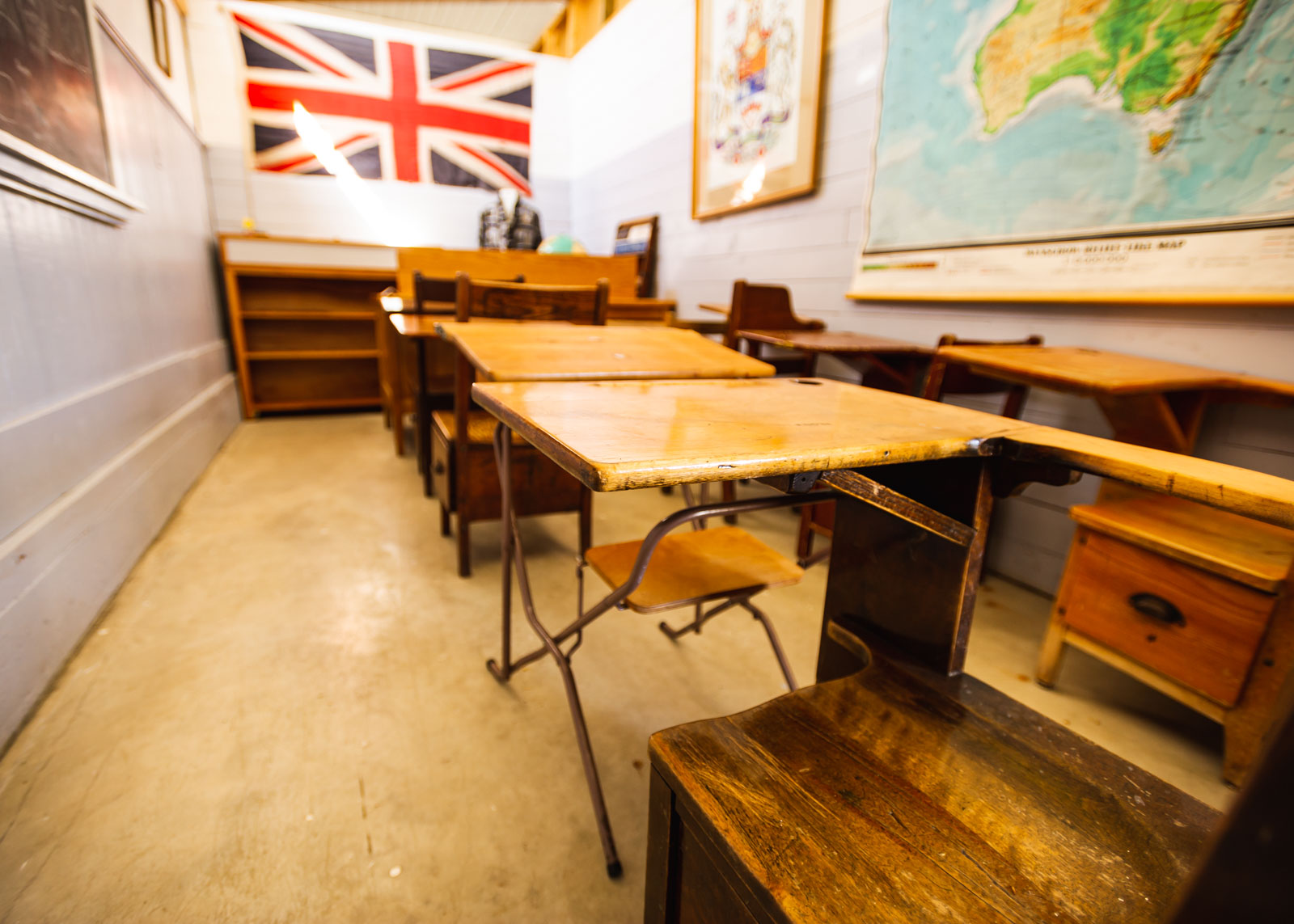 The first Eldorado School was a simple log cabin constructed by Roy Plotts in 1915. The first to teach at Eldorado was Mrs. MacCrae, who was a teacher from Tomahawk that devoted her summers to teaching in Drayton Valley. In 1932 the original log schoolhouse burnt and a new building was constructed a year later (the building now at the museum). In 1945, the school reached maximum capacity and students were split into two classes in two buildings: one class remained at the school, the other was taught from the Elks Hall. At this time, it was necessary to construct a larger building, which opened in the 1950s. The 1933 Eldorado School house was auctioned to a local farmer in the 1970s, who converted it into a shop/garage. In 2006, the farmer donated the building to the museum. 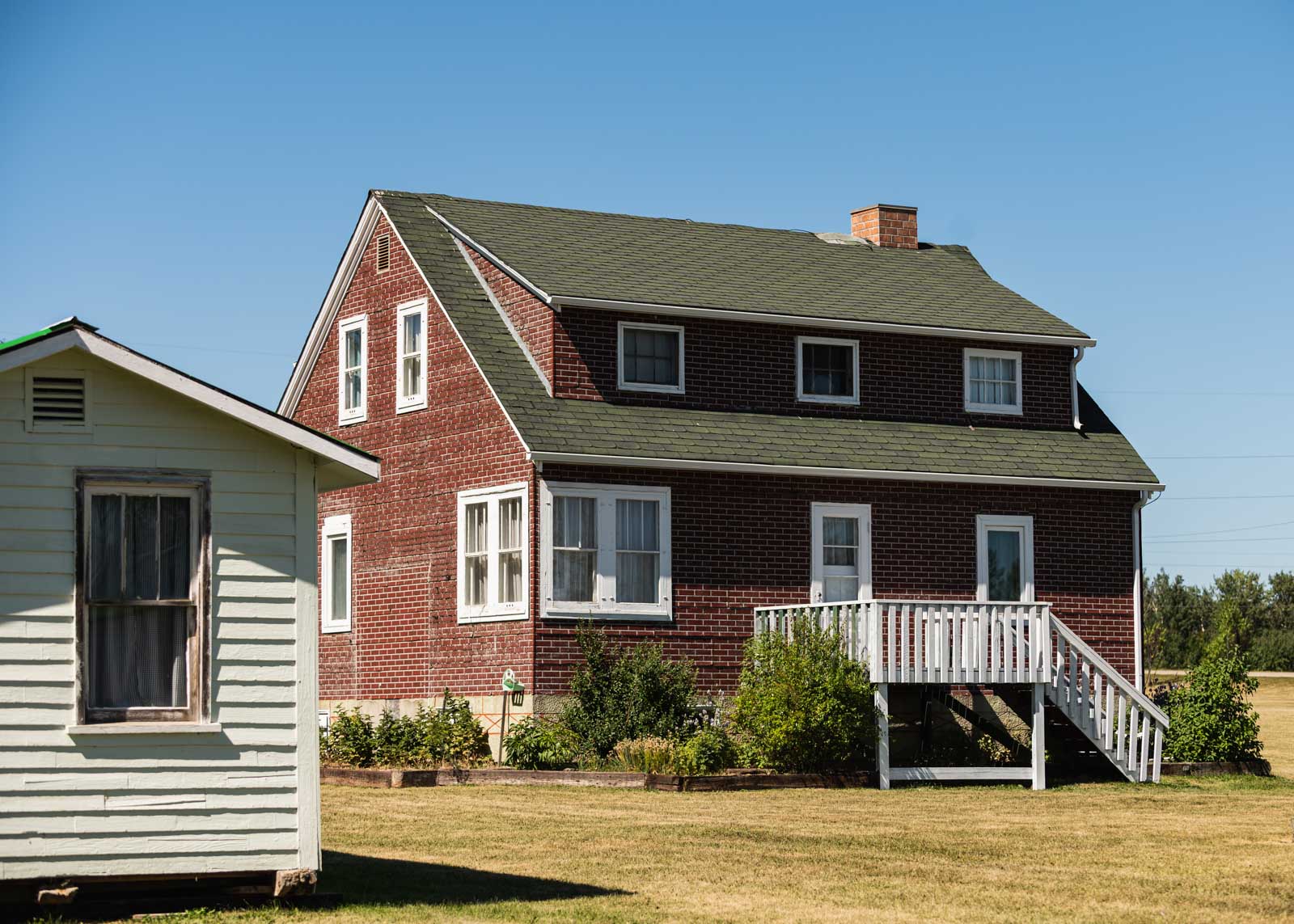 The Herndon family moved from Edmonton in 1945 to the Drayton Valley area. The family consisted of Les and Thelma, and their six children. For five years they lived on a farm in a small 4-bedroom log house in dire need of maintenance and repairs. In the spring of 1950, they began clearing land in preparation for their bigger home. The whole family worked through the winter months to ensure that in the spring of 1951 they could move into their new house. The building sat across the highway from the museum until when it was moved onto the museum grounds in 2007. 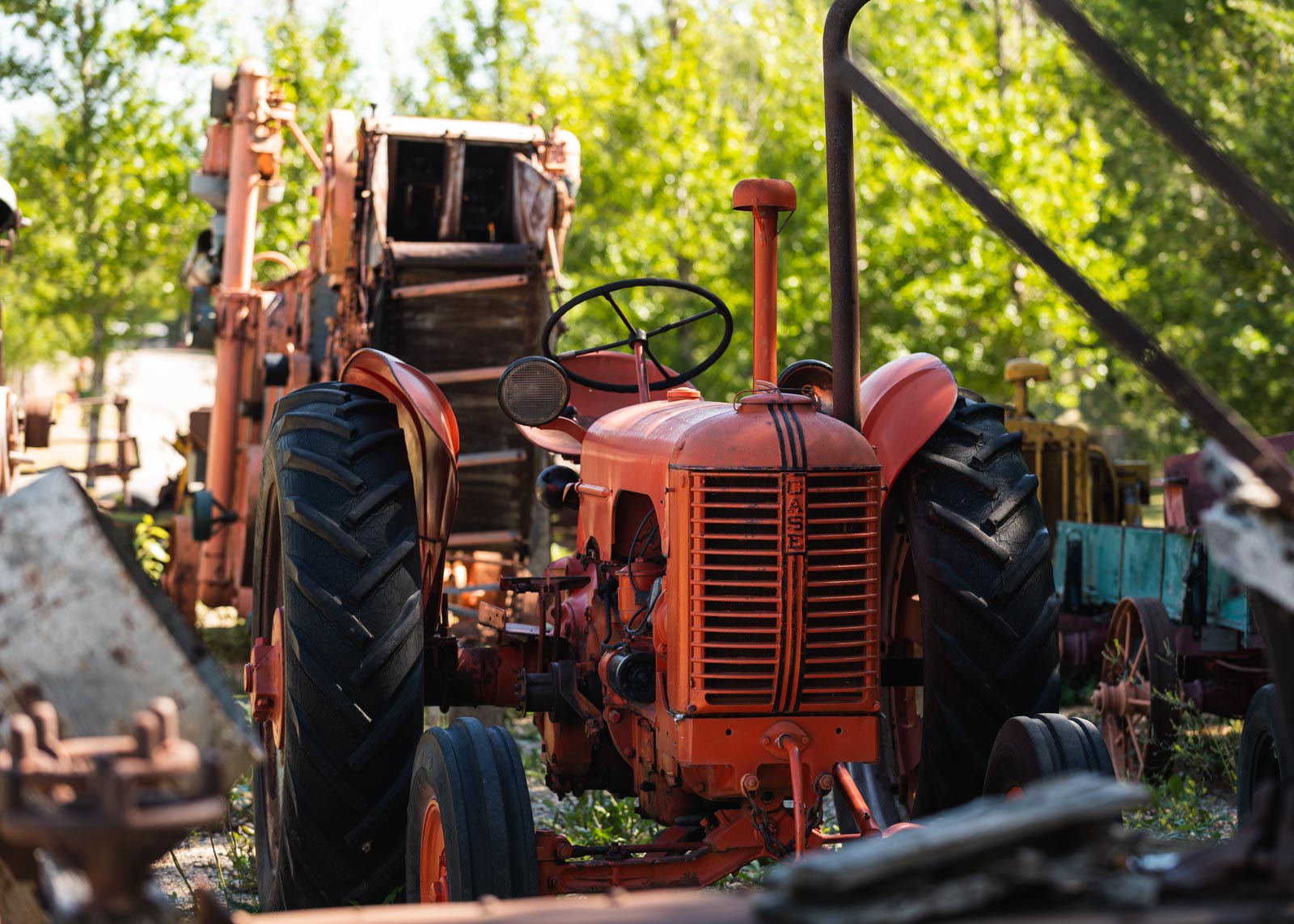 The collection of various machinery and farming tools on the museum grounds were donated by local farmers and community members. We have equipment manufactured by companies such as John Deere, including binders, hay mowers, seeders and plows. The majority of pieces on our grounds would have been used for agricultural purposes by Albertans, however the museum also displays machinery that would have been used commercially in Alberta and Drayton Valley. 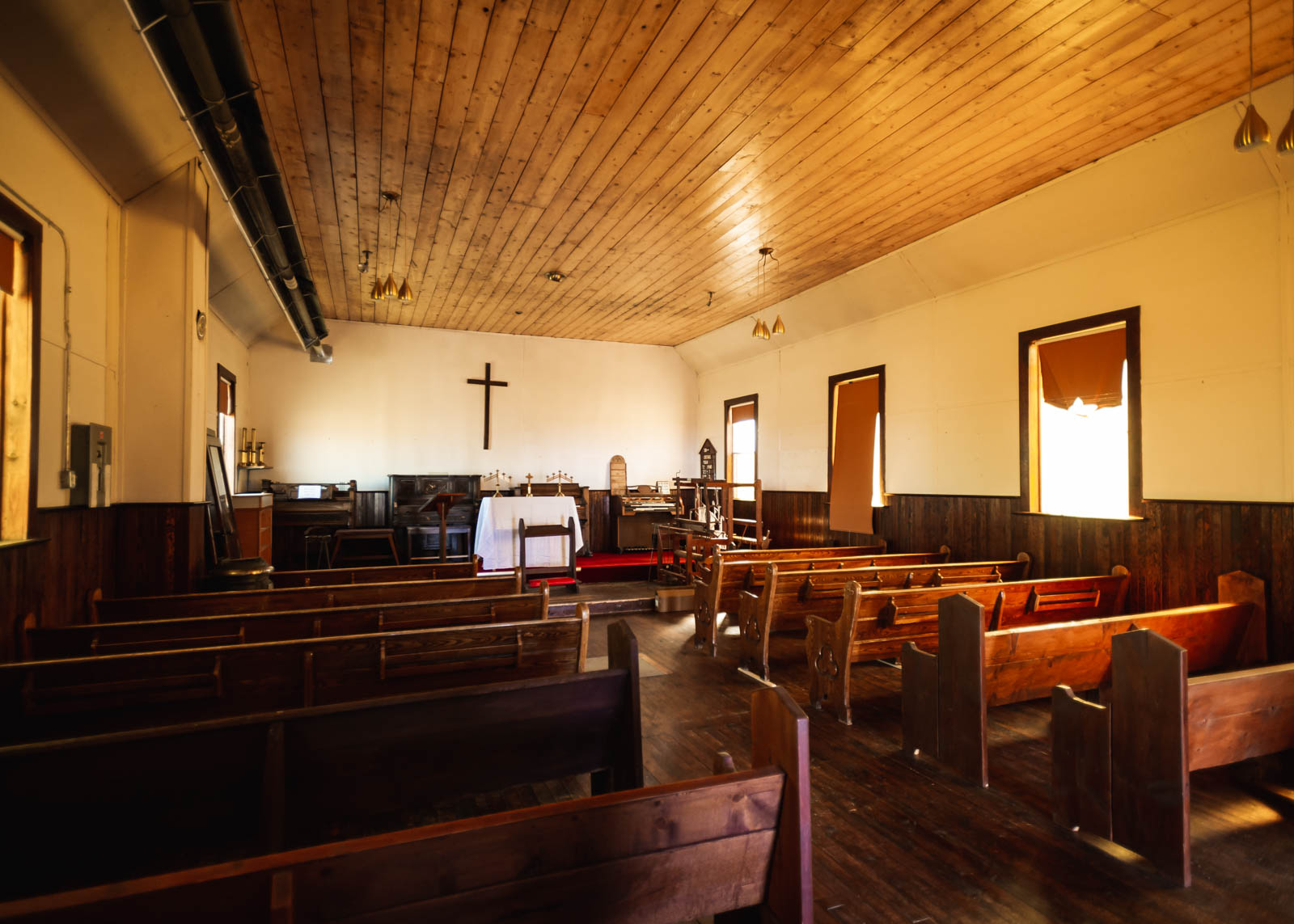 Construction on the All-Saints Anglican Church began in 1936 at the original location of the church on 50th avenue. The dedication ceremony for the church was held on October 10th, 1937. The first funeral service and interment were conducted in June of 1937. The following year, in 1938, the church saw its first wedding: Archie Tone and Mary Hill. The church was officially donated to the Drayton Valley Historical Society in 1997 for one dollar, and then moved onto the museum grounds in 1998. 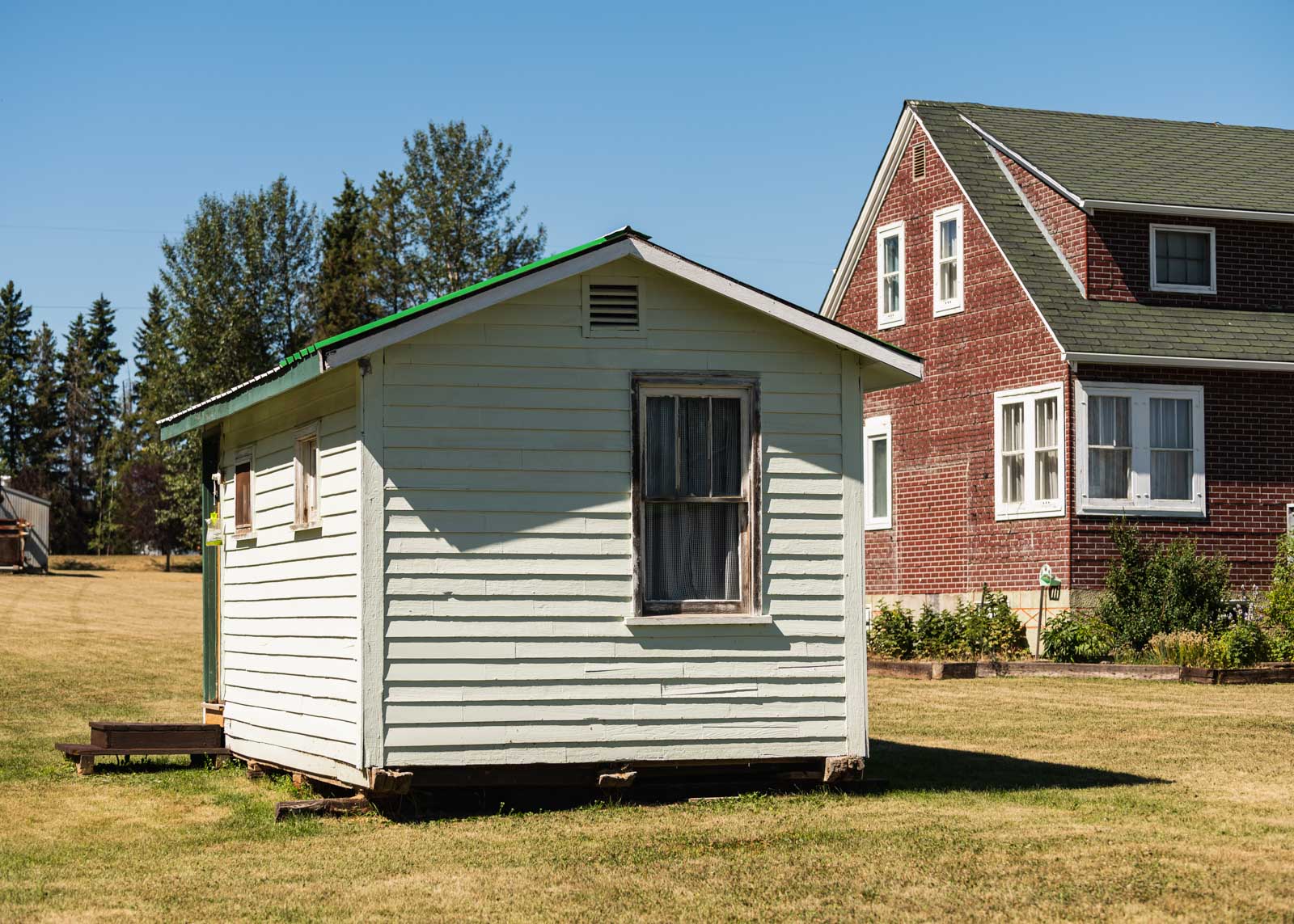 With the discovery of Pembina Socony 1 and the production of oil, Drayton Valley began to grow exponentially, as did the demand for housing. The skid shack located on the museum grounds was manufactured in the 1950s for families or individuals moving into the area. Skid shacks were named as such for the skids that were placed under the buildings to create ease of mobility for families frequently moving for work. They were ideal for families of loggers or oilmen who often had to move to find work. George Kugyelka purchased the skid shack for only $550 in 1961. He lived there as a bachelor for the majority of his life until a few years before he passed away in 1993 at the age of 65. Mr. Kugyelka's shack did not have running water but it did have electricity, and he had a few luxuries such as his colour television. All of the artifacts that remain in the skid shack are original and were owned by Mr. Kugyelka.

Here are a couple of iconic photographs from the 1,500 photographs in our archives. Contact us or visit the museum to see more!